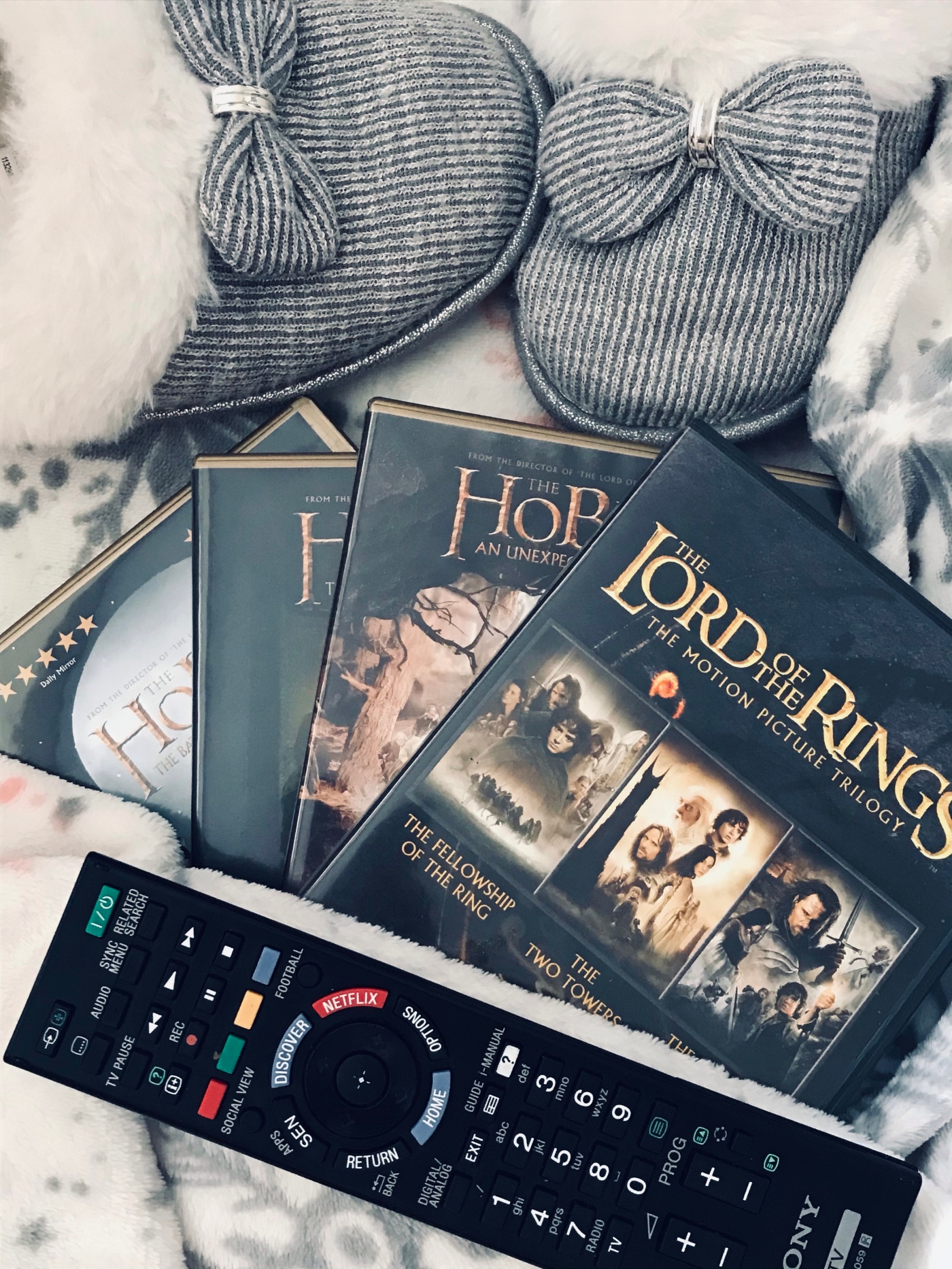 Hi everyone! Something a little bit different from me today, as I’m just starting to get back into blogging after a bit of time off. I know tags are a little bit old school, but I really love doing them for something a bit light hearted. As some of you may know, I am a HUGE fan of The Lord of the Rings, and I recently came across a tag post from Mary and the Words which I thought I’d have a bit of fun with today and answer some of the questions! Make sure you check out Mary’s post to see her answers!

Question 1 – The Hobbit or Lord of the Rings

I’d have to say Lord of the Rings. These films are the thing that brought me into the Tolkien world and I think if I hadn’t seen them and just watched The Hobbit films when they came out, I definitely wouldn’t be as hooked.

My favourite is the first one where we get to meet most of the characters and get a little insight into Bilbo’s life before everything happened. I especially love the part where all the dwarves turn up and Bilbo’s having a little panic running around his home. I find the third one a bit too much with all the giant ground worm things (I don’t know their names) and Kili being killed (spoiler alert) and I lose interest in it.

100% Fellowship. There’s something about that particular film I find so comforting, and I remember as a kid I’d watch it over and over again. I’d only ever watch the other two if I had actually set out to have a marathon, otherwise I’d just stick Fellowship on repeat.

It definitely has to be Aragorn. He’s just so resilient throughout the whole thing and never hesitates to jump in and save people. He takes the Hobbits under his wing straight away without really knowing them, and you instantly know you can trust him from the get-go.

Am I allowed to say Frodo? Will you judge me? I know he plays a huge part in destroying the ring but let’s face it, it could have been done without him. It’s abit like Harry in Harry Potter – he relies on other people’s sacrifice and he gets all the glory. Another character I hate is Denethor – he’s a bit of an a**. Also I know you’re all picturing the tomato right about now – don’t deny it.

Does Gollum count as evil? I really love the character of Gollum/Smeagol and I love when he argues with himself. He is portrayed so well and really adds a lot of value to the story, and we get to see so many sides of him. I think compared to some of the other evil characters they’ve really taken time to give this character some depth. I also quite like Alfrid in The Hobbit – he can be quite amusing and extremely cowardly that it’s funny.

I think Rivendell is the most beautiful place and I would love to live there! It’s so peaceful and elegant and I love the water flowing through.

I love the Elves! They are truly magnificent and graceful, and they are amazing fighters.

Question 9 – Do you have a favourite quote from the movies/books?

“But in the end, it’s only a passing thing, this shadow.
Even darkness must pass.
A new day will come.
And when the sun shines it will shine out the clearer.“

Question 10 – Would you rather be an elf, hobbit, mankind, dwarf, wizard?

Who wouldn’t want to be an elf? Tall, thin and powerful. Great eyesight, featherlight (can walk on top of snow) and absolute hair goals.

I was absolutely heartbroken with the death of Killi – he’s one of my favourite characters in the whole Hobbit franchise. I have a bit of a schoolgirl crush on him and I really love his character, and although I don’t think the whole love triangle was necessary to the story, it meant we got to see a bit of depth to his character that you don’t see as much with some of the other dwarves.

I love both Aragorn and Boromir, and I was gutted when Boromir was killed off so soon. The bond Boromir has with M&P and how in the face of danger he immediately goes to help them – like when they have to jump across when they’re trying to leave Moria. Later on he dies trying to protect them and he is honestly a true hero.

Honestly, I don’t know a lot about the weapons – I’m not really a weapon kind of gal. I do like the Light of Elendil that Sam uses to scare Shelob away.

Question 14 – Do you own any LOTR/Hobbit merch?

Surprisingly, not much at all. I have a tattoo on my arm of a quote, and a glass with some of the characters on it. I’d love to collect the little Funko Pop characters of them all but honestly I just don’t have the space in my house for it.

Question 15 – Would you have changed something from the movies?

As much as I said previously the love triangle let us see Killi more, I wouldn’t have included it in he Hobbit films. I know they wanted to add a female into the film as it was severely lacking, but putting a woman in for the sole purpose of being a love interest to 2 guys isn’t really the way to do it. In LOTR I would have loved to have seen Tom Bombadil and his little role in the story.

Gandalf all the way! He’s got some sass, he’s wise and he doesn’t get taken in by the idea of being powerful on the wrong side like Saruman does.

I hope you enjoyed this fun little tag! I honestly love reading these so if you’re a Tolkien fan and fancy answering the questions, feel free to link it in the comments. Off to go and watch the Fellowship now!

My latest Netflix favourites! What I’ve been watching recently.

9 thoughts on “The Lord of the Rings/Tolkien tag!”