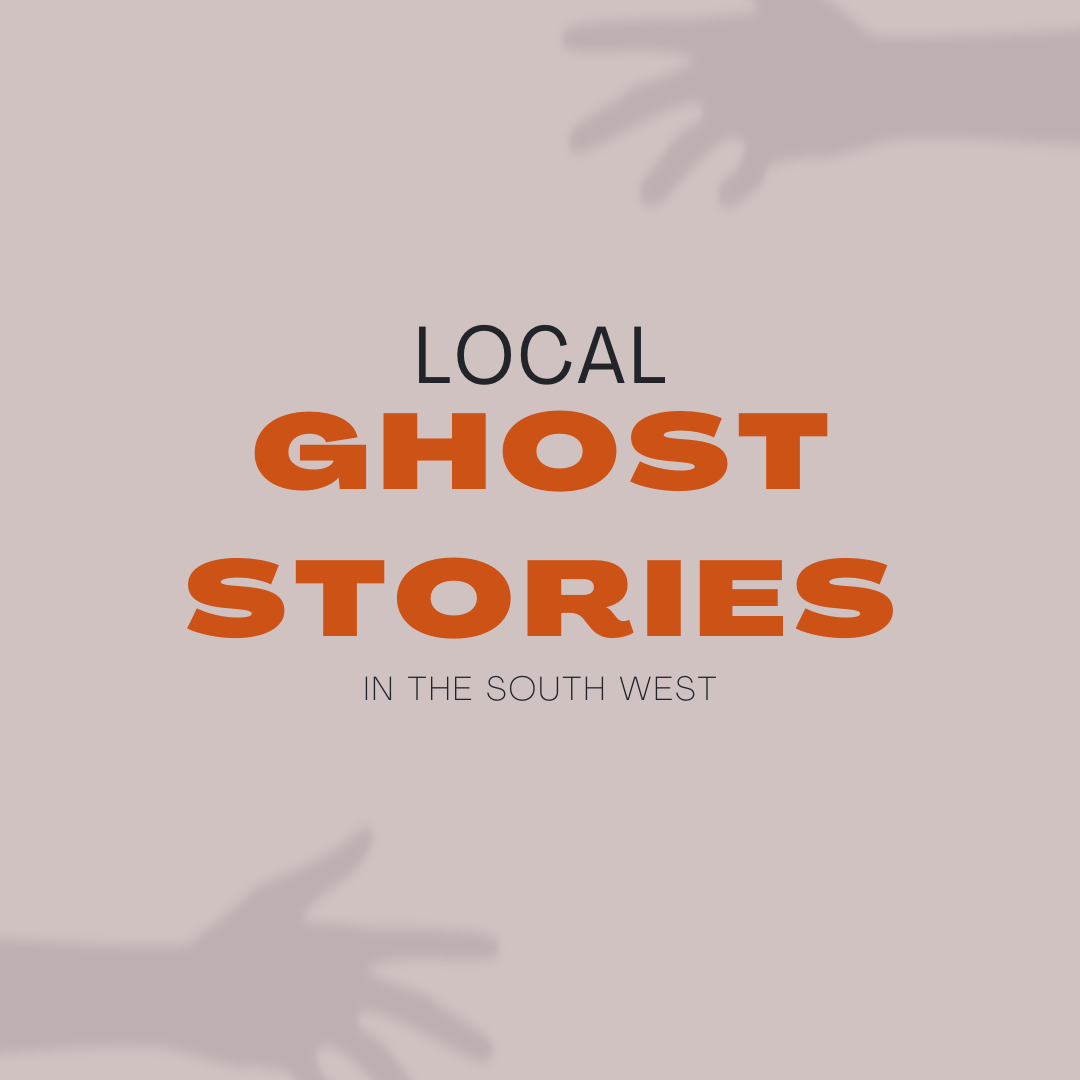 I’m sure you all know the ghost stories and haunted places of your local area, but it’s interesting to hear about other areas. So today I have put together a list of 5 of the most known haunted places in the Somerset area. If you go ghost hunting in these places, it’s more than likely you’ll be successful!

If you were a teenager in Taunton between 2007-2014, it’s highly likely you and your group of friends will have been up to Sandhill. For some reason there was a huge craze of going there, and I remember nearly everyone in my school had been up there at some point in the year (I was never cool enough).

Sandhill Park is a deserted house that was built in 1720 and has been a prisoner of war camp and, most famously, a psychiatric hospital. It’s been deserted for several years now and was sold in 1991 with the intention of demolishing it to make way for a new housing development, but it still stands today.

Local residents still report seeing lights turning on and off periodically, and hearing banging and shouting coming from the building. Of course this could just be kids messing around but these incidents have been reported over a number of years as well as by previous staff.

Rumoured to be EXTREMELY haunted, Shepton Mallet Prison is one of the most visited places in the area. Hundreds of people were executed in the grounds during it’s time as a state prison, and it’s known that there are still many bodies left under the ground. The site later acted as a military prison, home to soldiers in the British and American forces.

Ghost hunters make regular visits to the prison, often staying the night to see if they can catch any ghostly activity on film. Many sightings have been reported over the years, and the alleged ghosts include a lady in white on the stairwell and an American soldier wandering the halls and kitchen area. There have also been many photo-bombs and several members of staff have witnessed strange occurrences over the years.

This 16th-century hotel is thought to play host to a number of paranormal occurrences. Inside you can find a whole network of secret passageways and hidden rooms, giving it the ultimate creepy vibe.

In one of the fireplaces you can see a tombstone-like structure set into the wall with the name ‘Winifred’ etched into the stone. However, if you try and take a flash-photo of this, you will not be able to capture it. Many people have tried to photograph the name, but end up with blank photos, equipment malfunctions or incredibly blurry images. The landlords warn people when they try to take a photo that one of the ghosts just doesn’t like it.

As well as this ghost, former owners of the hotel have reported seeing a knight in armour while walking along an upstairs corridor. This knight apparently vanished when asked politely to move aside. There have also been reports of a sinister-looking old man crouched by the bar’s fireplace, and the sounds of a woman and man arguing in the early hours. One guest who heard these voices apparently awoke from his night at the hotel to discover a deep red mark across his face, as if a whip had struck him.

Sally in the Woods

One famous stretch of road in the Somerset area is part of the A363 near Bath, that is known to locals for being one of the most haunted roads in Somerset. They claim the road is home to a young gypsy girl called Sally, who was murdered many years ago. Something that has been noted is that the birds in the woods surrounding the road do not sing, and the whole road is pitch black even during the day. It’s also been said that a child’s scream can often be heard among the trees.

This could all just be a coincidence of course, but one thing that points towards it being paranormal is the fact that the have been 8 fatal car rashes along this particular stretch of road, and 7 of them still remain unexplained. Some people believe it’s the ghost of Sally appearing in front of vehicles and causing these crashes.

The journey from Nunney to Frome

As well as the famously haunted Nunney Castle, there have been rumours of the three mile stretch of road between Nunney and From being rife with paranormal activity. A lot of the stories, stretching back to the 1970’s, talk of a phantom hitchhiker dressed in a flannel shirt standing there trying to get a lift. More disturbingly, some people have even reported seeing him sat in the back of their car whilst diving along. All the people who have reported these incidents have the same descriptions of the man which can be hard to argue with, although some people think it’s just a living man genuinely wanting a lift.

Do you know of any ghost stories in your local area? I’d love to find out more!

A few days in Bournemouth